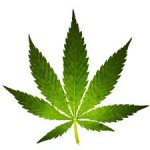 Individuals who suffer from severe chronic pain are caught in a double bind. Opioids contribute to the enormous societal harms of unintentional overdose, diversion and addiction, and data on their long-term effectiveness are conflicting and inadequate (Chou R, Turner JA, Devine EB, et al. The effectiveness and risks of long-term opioid therapy for chronic pain: a systematic review for a National Institutes of Health pathways to prevention workshop. Ann Intern Med. Published online Jan. 13, 2015 doi:10.7326/M14-2559). But for patients who are helped by opioids, policies and regulations to address societal harms are, in some cases, impeding access to treatment, making it difficult even to find a knowledgeable physician. The need for safer and more effective analgesics has never been greater.

Answers do not lie in pitting one serious disease (i.e., chronic pain) against another (i.e., addiction) but in seeking scientific breakthroughs that lead to serious analgesic benefits without addictive properties or risk for respiratory depression. Rigorous research of cannabinoids has the potential to unlock a medicinal benefit on a societal scale. But committing to the necessary research requires rethinking how we classify cannabinoids as a controlled substance.

Tetrahydrocannabinol (THC) produces the “high” effect associated with marijuana. On its own, cannabidiol (CBD) displays a plethora of actions including anticonvulsive, sedative, hypnotic, antipsychotic, anti-inflammatory and neuroprotective properties, and is believed to have fewer undesirable psychoactive effects than THC (Phytother Res 2009;23:597-602). Some research indicates that cannabinoids may provide analgesia for various pain conditions (Rambam Maimonides Med J 2013;4:e0022). Practically speaking, harnessing the potential medicinal benefits of marijuana without these unwanted effects would be a long-awaited breakthrough for science. Despite many strictures, scientists—largely from other countries—are inching closer to the finish line with products that could replace opioids in some instances. 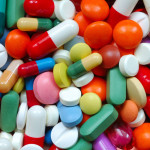 ORLANDO, Fla. —One pain management official thinks he knows why patients with legitimate prescriptions are being denied their pain medicines.  CLICK HERE FOR VIDEO COVERAGE ON WESH TV

Pharmacies everywhere are denying consumers their important prescriptions and the customers say they feel like criminals being forced to “pharmacy shop.”

“I just lifted my shirt so they could see my incision” says Jim Ritenour.

In fact, Ritenour’s done that twice in order to get his pain medication. Ritenour says he dreads refilling his medication every month.

Spinal cord stimulation is a method of pain management that can help reduce chronic pain in many individuals. Often used as a means of treatment when it seems as though little else has or will work, this is often the measure of last resort that ends up making END_OF_DOCUMENT_TOKEN_TO_BE_REPLACED

In addition to the general misunderstanding that often surrounds peripheral nerve stimulation as a form of pain management, there is also a lack of understanding about the types of conditions that this therapy can be used to treat. Chronic back pain is not the only condition that can benefit from END_OF_DOCUMENT_TOKEN_TO_BE_REPLACED

Diagnosing and treating complex regional pain syndrome (CRPS) can be complicated, but with a team of pain specialists and experts, an accurate diagnosis and treatment plan can be achieved. The best way to diagnose this chronic condition is by ruling out other conditions, like rheumatoid arthritis, for example. END_OF_DOCUMENT_TOKEN_TO_BE_REPLACED