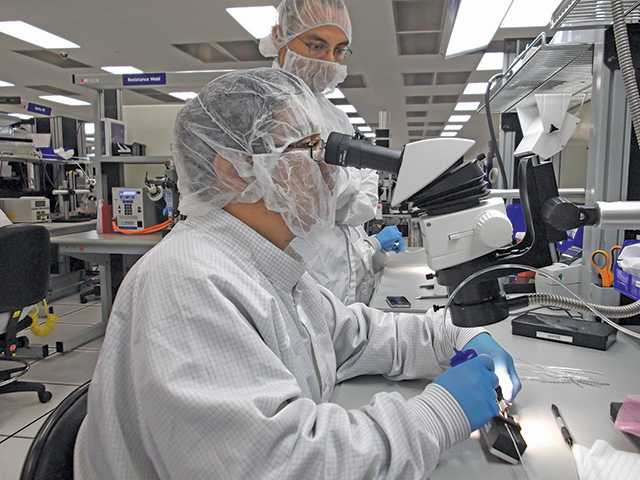 Boston Scientific launched the first rechargeable spinal cord stimulator in 2004. Many people who turn to spinal cord stimulation have had multiple surgeries, failed surgeries or exhausted all other options, Maulik Nanavaty, PhD and president of the Neuromodulation business unit, told the SCVBJ in 2013.

With the spinal cord stimulators, a set of wire leads are implanted under the skin near the spinal cord along with a small pulse generator, which responds to an external wireless remote control device controlled by the patient who can adjust electrical pulses to provide pain relief. Each wire lead can be individually controlled. The system also allows doctors to make adjustments to target areas where pain is felt; allowing doctors to customize the system to each patient.

Boston Scientific reported that 24 months after implant, pain sufferers reported a reduction in pain, on a 0-10 point pain scale, to 2.98, down from 7.17 prior to the implant.

The biomedical firm’s Santa Clarita operation, which produced the spinal cord stimulators, also has a newer generation device approved for use in Europe. The Precision Novi Spinal Cord Stimulator, an enhanced device and battery, is the smallest high-capacity implant device currently available. It is not yet approved in the United States.

Spinal cord stimulation is a method of pain management that can help reduce chronic pain in many individuals. Often used as a means of treatment when it seems as though little else has or will work, this is often the measure of last resort that ends up making END_OF_DOCUMENT_TOKEN_TO_BE_REPLACED

In addition to the general misunderstanding that often surrounds peripheral nerve stimulation as a form of pain management, there is also a lack of understanding about the types of conditions that this therapy can be used to treat. Chronic back pain is not the only condition that can benefit from END_OF_DOCUMENT_TOKEN_TO_BE_REPLACED

Diagnosing and treating complex regional pain syndrome (CRPS) can be complicated, but with a team of pain specialists and experts, an accurate diagnosis and treatment plan can be achieved. The best way to diagnose this chronic condition is by ruling out other conditions, like rheumatoid arthritis, for example. END_OF_DOCUMENT_TOKEN_TO_BE_REPLACED