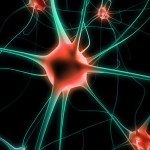 Subcutaneous stimulation of named and unnamed branches of nerves in the area of pain has been found to be therapeutic and has generated a number of interesting therapies. Occipital nerve stimulation is one such technique that will have a great future in transforming severe headache management such as migraine, cluster headache and hemicrania continua. Electrodes are threaded subcutaneously unilaterally or bilaterally at the level of the nuchal line from midline to above mastoid so picking up the branches of occipital nerves. Other peripheral nerves such as ilioinguinal and genitofemoral can also be subcutaneously stimulated in this way and used in post-surgical traumatic neuropathies after groin or gynaecological surgery.

Low back pain can also be treated by placing transverse electrodes in the low back, presumably stimulating perforating cutaneous nerve branches. This can even be combined with SCS to optimise back coverage in those difficult to achieve with SCS alone. Clinically anecdotal work supports the notion that many localised but difficult to treat chronic pains may be helped by peripheral field nerve stimulation techniques. This is an area to watch as it develops.

Spinal cord stimulation is a method of pain management that can help reduce chronic pain in many individuals. Often used as a means of treatment when it seems as though little else has or will work, this is often the measure of last resort that ends up making END_OF_DOCUMENT_TOKEN_TO_BE_REPLACED

In addition to the general misunderstanding that often surrounds peripheral nerve stimulation as a form of pain management, there is also a lack of understanding about the types of conditions that this therapy can be used to treat. Chronic back pain is not the only condition that can benefit from END_OF_DOCUMENT_TOKEN_TO_BE_REPLACED

Diagnosing and treating complex regional pain syndrome (CRPS) can be complicated, but with a team of pain specialists and experts, an accurate diagnosis and treatment plan can be achieved. The best way to diagnose this chronic condition is by ruling out other conditions, like rheumatoid arthritis, for example. END_OF_DOCUMENT_TOKEN_TO_BE_REPLACED